The goal of endodontics is to clean, shape and filling 3D the endodontic space, eliminating most of the bacterias presents in the canals.

Endodontic failure may be associated with the persistence of infection because of a missed canal or incomplete elimination of microorganisms and necrotic pulp remnants during instrumentation. That is why it is very important to know perfectly anatomy and all its variables.

The percentage according to Vertucci is around 1% in second maxillary premolars.

In this case we deal with the retreatment of a mandibular second premolar with a particular anatomy. We removed the gutta-percha with a ultrasonic tip an we localize and shape the 3 canals with reciproc r25 and protaper gold F3.

We obturate the tooth with warm vertical compaction and we restore it with a post and a composite overlay.

Full video of the procedure

A good knowledge of the anatomy can help solving difficult cases. 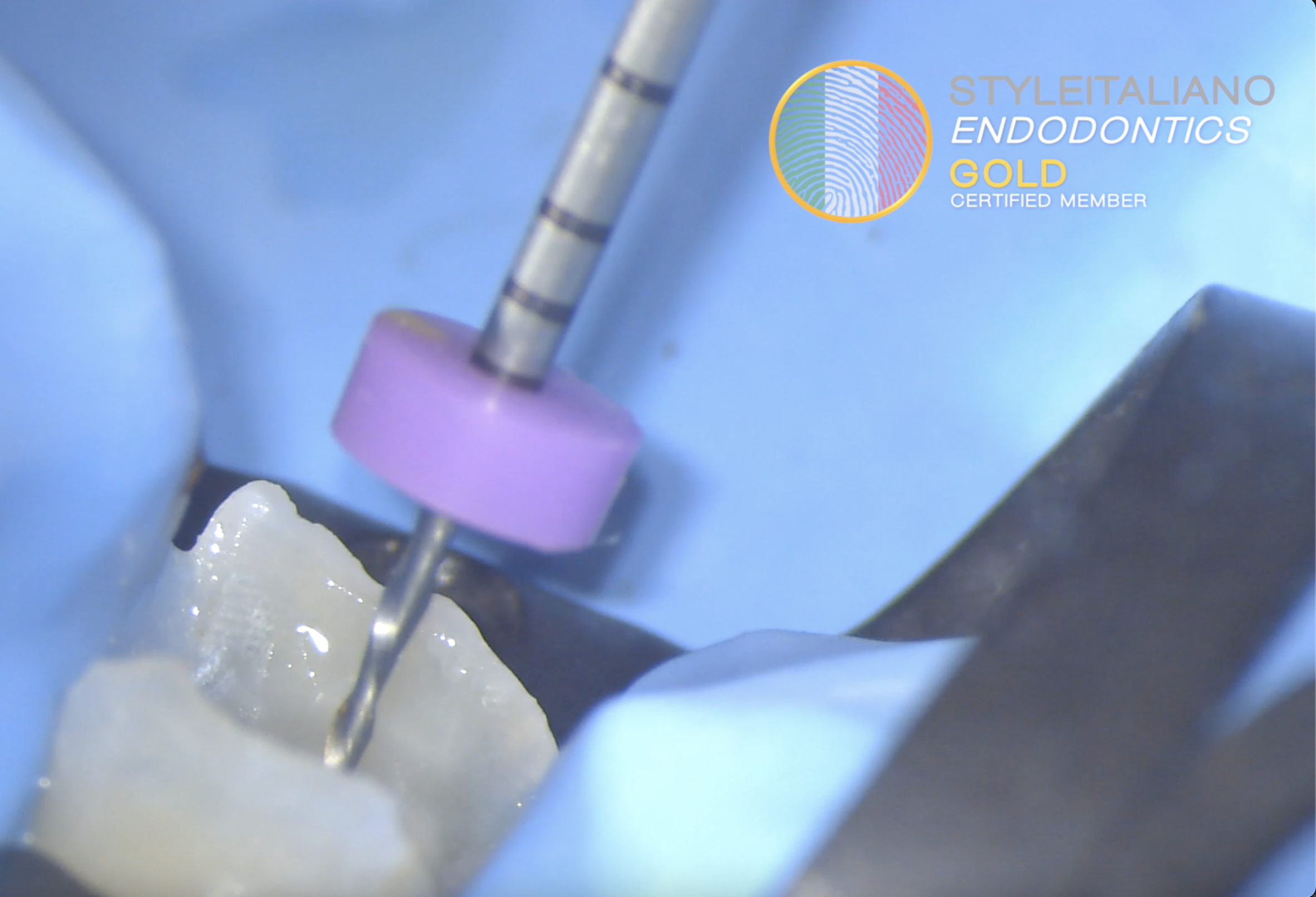 Management of a three rooted premolar with Fanta Essential Kit