Apical gauging is a mechanical term which clinically indicates the measuring of the apical diameter prior to obturation of the root canal system. This technique envisages the need to confirm that apical continuity of taper exists and that the tapered preparation, made with the last instrument, extends all the way to the end of the canal. This is particularly important when the Cone Fit Technique is selected by the clinician, but it's less important for carrier based obturation procedures.
Associated with this technique, there is another one, named Tuning, which verifies if there is a uniform taper in the apical one third of the shaped canal.

The first method for Gauging determination is made through tactile sensation, with the use of manual files.
Tuning is the clinical activity of recapitulating through a series of successively larger instruments. Clinically, the file that goes at length represents the true most apical cross-sectional diameter of the canal if each successively larger instrument uniformly backs out of the canal with an interval of half a millimeter.
One thing must be considered, is that the gauging instruments are inserted straight in and pulled straight out. As an alternative to stainless steel manual instruments, it is possible use NiTi k-files for gauging. Their flexibility allows for a more accurate apical gauging in curved canals with respect to conventional k-files.

As an alternative, a clinician may use the Visual Gauging Technique which means looking carefully for the presence or absence of debris onto the tip flutes of the last rotary instrument used. In this picture, flutes at the tip are full of debris because instrument exactly prints its shape. If flutes are, conversely, free of debris, it means that the terminal diameter is larger than the one of the last instrument used, and shaping must be modified with a bigger instrument. Anyway, the operator must consider that this technique doesn't work with files used in reciprocating motion, because of the tendency of alternate motion to clean the flutes.
Another method for apical diameter determination has been recently introduced by Cliff Ruddle; his idea is to gauge the foramen utilizing a smooth master cone with a taper smaller than the one of the prepared canal. He suggests, in most cases, to use a 6% taper cone, but the most important thing is that cone must be loose over its length to ensure the gutta cone will only fit at its end with the canal walls, and not within its body. When the cone, with the same diameter of the last instrument used, is at working length, it must be moved up and down two or three times and, subsequently, inspected to assess the shape of the tip and any mark that verify the cone is only engaged in the apical part of the canal.

The real defect of gutta cones is that the body is too soft and that the only needed part is their end, due to its physical characteristics as softness and adaptability. For this reason, a new prototype (patent pending) has been tested, with a gutta tip of different diameters, a plastic microtube as a body and a holder. The tube has a smaller diameter with respect to the tip, so any interference is avoided. The operator only needs to set the rubber stop at working length and try the different gauging instruments, starting from the one which has the same diameter of the last instrument used.

The gutta tip will fit the apical diameter and, if well observed, can provide the operator with the right information, also about ovoidal shape. Taking an X-ray, while the instrument is positioned, must also be considered. 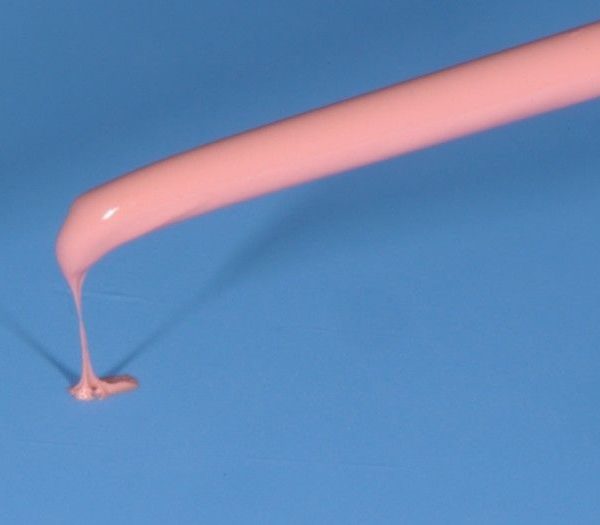 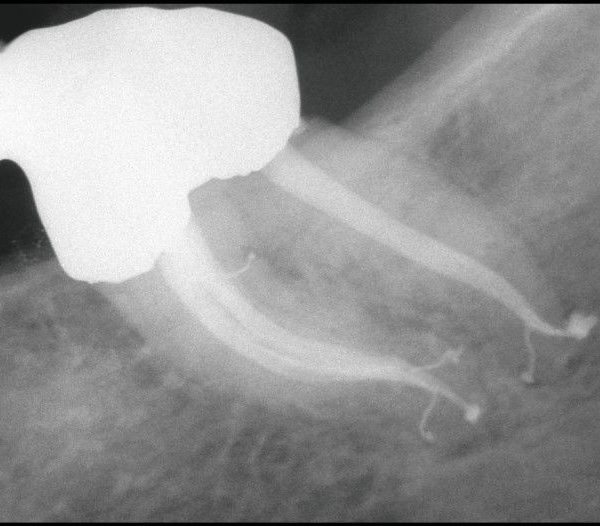 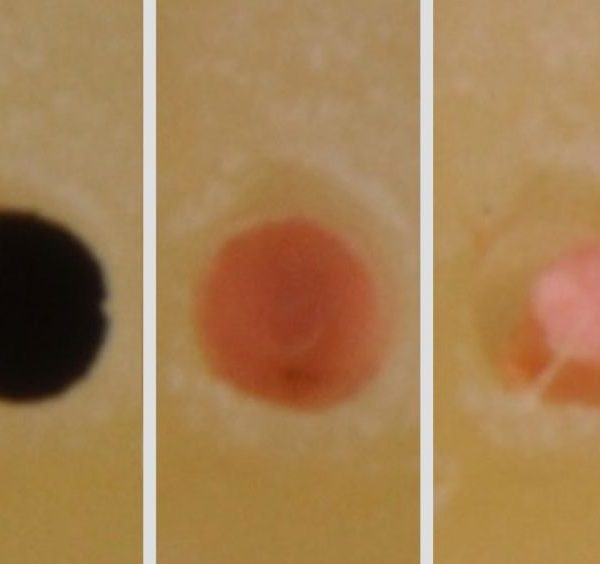