The final objective of endodontic procedures should be the total obturation of the root canal space. Biologic necessity requires the elimination of the protein degradation products, bacteria and bacterial toxins which produced from necrotic and gangrenous root canals.

These can be achieved by thorough mechanical and chemical cleansing of the entire pulp cavity and its complete obturation with an inert filling material and a coronal filling preventing ingress of microorganisms.

However, variation in root and root canal systems anatomy may represent an additional difficulty to the final outcome. Endodontic failure may be associated with the persistence of infection because of a missed canal or inefficient elimination of microorganisms and necrotic pulp remnants during chemomechanical instrumentation. That is why it is of utmost importance for us to be familiar with root and root canal to minimize errors and achieve endodontic success.

In the permanent dentition, the mandibular first molar has been considered to assume maximum bite force and possess the most important masticatory function. The majority of mandibular first molars are two-rooted with two mesial and one distal canal (Barker et al. 1974, Vertucci 1984). But like the number of root canals, the number of roots may also vary. Carabelli was the first to mention the presence of a supernumerary third root as a frequent variation in this tooth group, located either lingually (radix entomolaris) or buccally (radix paramolaris). Three-rooted mandibular first molars deserve special attention during endodontic treatment because the additional root is usually smaller than the mesial and distal roots, can be either separate or partially fused with the other roots, and has a severe curvature in most cases (Gu et al, 2010).

In this article, radix entomolaris will be discussed from it’s prevalence, identification and classification to make us understand better in finding the cases.

The prevalence of radix entomolaris on mandibular first molar has been reported vary by many literatures. Wang et al, 2011 reported that it has been found in a population of 95 patients in a total of 350 cases (27.14%) and 60.13% cases (95 of 158) had the fourth canal arising from Radix Entomolaris. And the dimensions of the Radix Entomolaris can vary from a short conical extension to a mature root with normal length and root canal, which are curved buccolingually.

Intra orally, in Radix Entomolaris, distolingual (DL) orifice mostly will be asymmetry and slightly off centre from the line drawn in a mesial-distal direction through pulp chamber.

Distolingual (DL) orifice from extra root of Radix Entomolaris showing asymmetry and slightly off centre from the line drawn in a mesial-distal direction through pulp chamber.

Type 2: Initially curved entrance of the root canal and the continuation as a straight root or root canals

Type 3: Initial curve in the coronal third of the root canal and a second buccally orientated curve starting from the middle third (the Radix Entomolaris may also have a pronounced 90° buccal curve in the apical part of the root)

Classification of Radix Entomolaris by Ribeiro & Consolaro (1997) based on it's root curvature.

Other classification has been reported by Wang et al (2011) based on radiographic appearance of overlapped degree between Distolingual (DL) and Distobuccal (DB) root. There are 3 types from this classification:

The Radix Entomolaris is an important and challenging anatomic variation of mandibular first molars, which usually has a severe curvature with a predominantly distolingual location. Therefore we as an operator must aware of its presence. A preoperative radiograph is important to identify the extra root and we must also give attention to others anatomical characteristics. 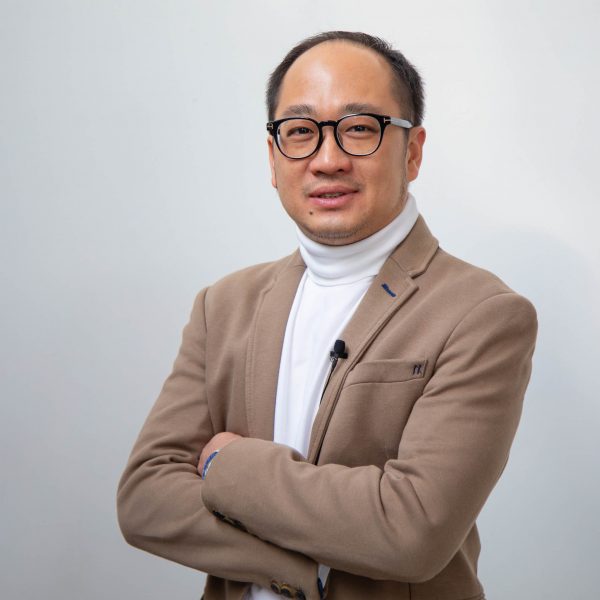 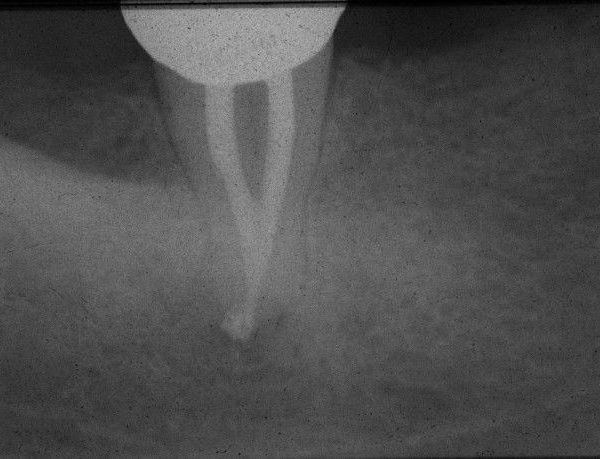 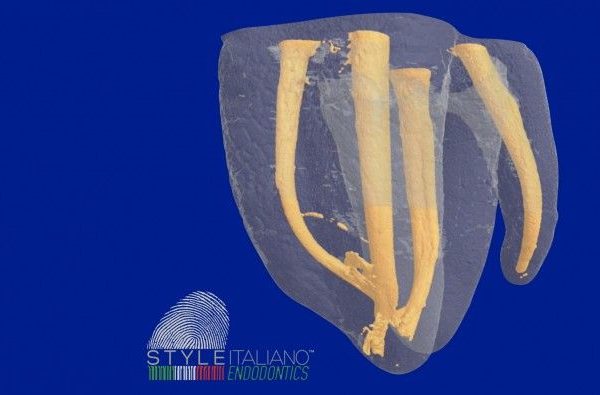 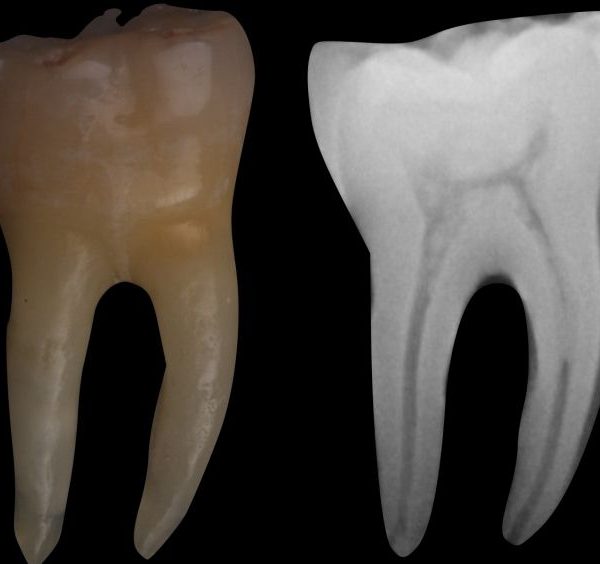