Should Rotary Files be used once? Part 1

Nickel-titanium (Ni-Ti) alloy was first used for endodontic files by Walia in 1988 (1) as an alternative to stainless steel for hand files.  The first Ni-Ti rotary files came to the market a few years later in the early 1990s.  These new instruments revolutionized root canal therapy but also greatly increased the cost of material for dentists.  To reduce the fees associated with rotary files, most practitioners sterilize them and reuse them on different patients, just like other metal dental instruments.  Due to the nature and the usage of endodontic files, using them multiples times raises some concerns.  First, do their mechanicals properties change after shaping a canal or after a sterilization cycle?  This is important to know as endodontic files can separate inside the canals of the tooth and cause a blockage that will prevent root canal disinfection.  This accident was seen in 2.4%% of files used in an endodontic clinic (2).  It is important to know what happens to the cyclic fatigue resistance and the torsional strength of the instruments after usage and sterilization.  In the same manner, is there a loss of cutting efficiency that could reduce the cleaning ability of the file?  Second, is there a cross contamination risk in using the same endodontic files on different patients?  Since the endodontic instruments have small flutes that can get packed with pulpal tissue or infected dentin, are we sure that our sterilization methods can get rid of all the possible infectious agents?

In a series of two articles, we will discuss the previously mentioned aspects of reusing rotary endodontic files.  In this first article, we will review how using and sterilizing the files can modify the three majors mechanical properties of the rotary files.  First, we will see what happens to the file edges and how it affects the cutting efficiency.  Second, the effects of usage and sterilization on the cyclic fatigue resistance will be addressed.  In this section, we will see if there is a difference between the different generation of Ni-Ti materials when sterilized.  Last, we will look at the torsional strength changes after sterilization.  Next month, in our second article, we will analyzed the literature on the sterilization of endodontic files from a microbiological standpoint, especially looking at prion contamination.

Scanning electron microscopy (SEM) was used to inspect endodontic rotary files after use or after sterilization.  Rapisarda et al. have shown that a 60 seconds active period in an acrylic block only induces minor changes on the file surface, but that a 240 seconds use created major surface alterations (3).  Others have show changes on the edges of the flutes and minor cracks after 5 or 6 simulated uses on Profiles rotary files (4,5).  In another study, sterilization alone, without simulated use, has been credited in creating small defects and new deposits on the file surface (6).  This created a rougher surface.  The authors suggested that the deposits could be an increase in the layer of TiO2.  It should be noted that this was after 11 sterilization cycles, which seems more than most clinicians will accept.  All these changes could cause a loss of cutting efficiency and a possible start of a fracture propagation leading to a file separation.  No evidence directly support this at this time.

It is common knowledge that stainless steel endodontic hand files lose their cutting efficiency after certain sterilization procedures (7).  It would also be common sense to expect a loss of cutting ability for Ni-Ti rotary files after usage or sterilization.  It was proven that a file will create a smaller canal after it’s third use (8).  The cutting efficiency of rotary file is also lower after 14 sterilization cycle, but not after 7 cycles (9).  On the opposite, Gambarini et al. found no difference in cutting ability of Twisted files after 10 uses in plastic blocks (10).  Strangely, in a study using the Hyflex CM files, which have thermally treated Ni-Ti, researchers found that the file lost some cutting efficiency after two uses but regain the original ability after 5 uses and up to 7 uses (11).  The authors suggest that this could be caused by a shift in the austenite and martensite phases, affecting the mechanical properties.  Even with these surface changes, rotary files can keep the original anatomy of a simulated canal in a plastic block after 3 uses (12).

So it seems changes are seen on a microscopic levels after a few uses or after several sterilization, but that these changes did not influence the clinical cutting efficiency of the files.

Cyclic fatigue is the stress induced in the metal of the file when it compresses and extends each time it does a full rotation in a curve canals.  This will create metal hardening and ultimately the file fracture.  The resistance to this phenomenon is dependent on the size and cross-section of the instrument and the composition and treatment of the metal.  When testing files, we often calculate how many rotations they can withstand in a certain curvature before separating.  We have seen number between 700-900 rotations in S-curves for recent files like ProTaper Next and ProTaper Gold (13).  These numbers have been multiplied 4 to 9 times with the advance of control memory (CM) wire used in Typhoon and Hyflex files (14).   When considering that most files will be rotated at speed between 250 and 500 rpm, this could translate in 1 to 20 minutes of rotating time inside a canal.  Of course, other factors should be taken in consideration.  As suspected, cyclic fatigue resistance was proven many times to diminish with uses and with size (18, 19).  Although, no fracture was seen before 8-10 clinical uses (15, 16).  In an endodontic clinic, the fracture incidence was the same during the first 4 uses of a file (2).

Steam sterilization and NaOCl bath for less than 2 hours did not affect the torsional fracture resistance (27, 28, 29).

The data is not clear on torsional strength when rotary file are used multiple times.  So smaller files might need to be discarded faster than larger ones.  Sterilization has no effect on torsional fracture resistance.

File edge is ragged after one use and sterilization. Courtesy Dott. Paolo Generali & Dott. Luigi Generali 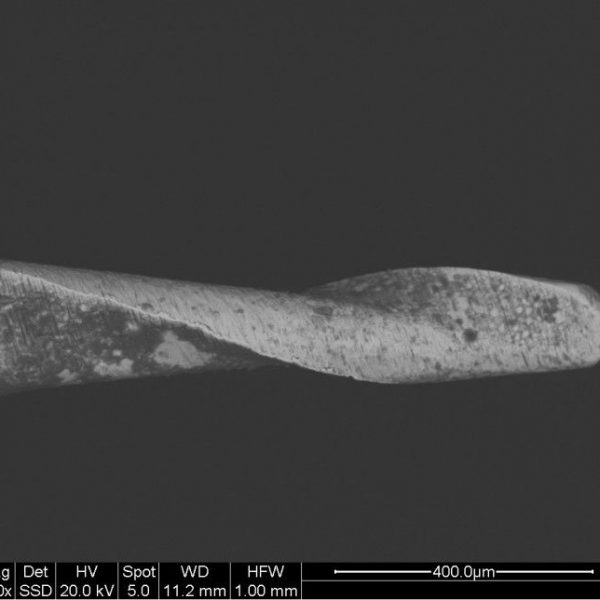 Should Rotary Files be used once? Part 2 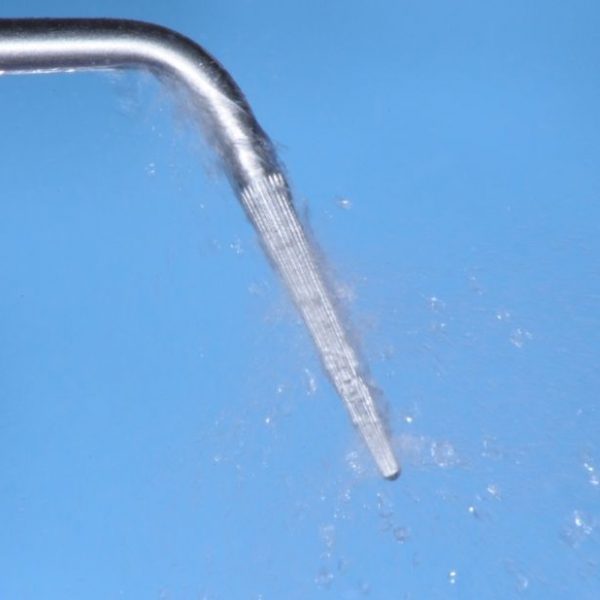 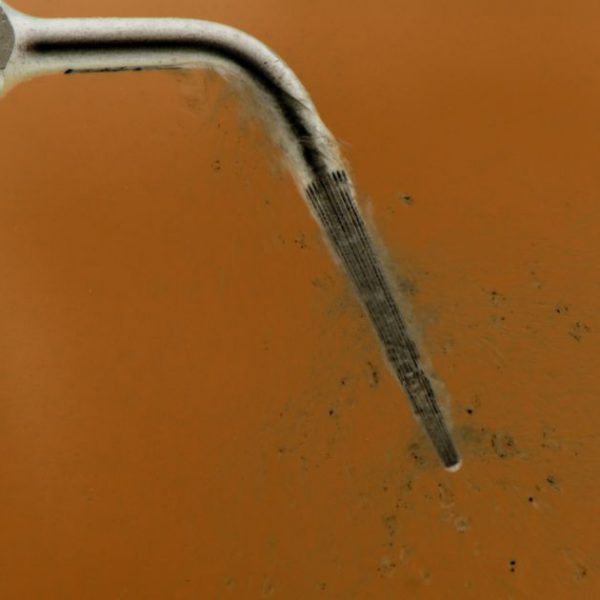