A case report showing the extent of the negative impact resulting from not performing a Pre-operative (diagnostic) x-ray before starting to treat a case.

During root canal treatment, dentists use x-rays to check their progress and insure the proper placement of the filling material. 2-D Conventional radiographs provide excellent images for most dental radiographic needs. Their primary use is to supplement the clinical examination by providing insight into the internal structure of teeth and supporting bone to reveal caries, periodontal and periapical diseases, and other osseous conditions.2

The periapical radiograph provides detailed information about the teeth and the surrounding tissues. It is mainly utilized for assessment of pulp and root canal morphology, supporting alveolar bone status in the inter-dental region, detection of periapical pathology and crown/root fractures. It is especially useful for endodontic treatment for pre-treatment evaluation of roots and root canal morphology, calcifications, curvatures, periapical lesions, working length determination, quality and extent of root canal obturation and monitoring healing after treatment.3

A 39-year-old patient suffers from painless gum swelling, which prompted her to go quickly to the dentist for fear that she might be suffering from a malignant tumor 4,5. During the examination, the dentist told her that she suffers from an abscess that extends from the preapical area of the decayed first premolar #24 to the outside of the bones, forming this swelling in the gums, so that she needs a root canal treatment to this premolar and incision and drainage for the swelling .(according to patient story).

After almost seven continuous months of treatment, the case was referred to my clinic by her dentist to find a solution to this unresponsive swelling, which does not heal even though the root canals are dry, a surgical incision was made for this swelling (Fig.1)  and it did not respond and antibiotics were administered inside the abscess and also did not respond.

Note: When her dentist was asked about the x-rays that were taken for the patient during the seven months, to review the developments in the course of treatment during this period, the surprise was that the doctor did not find that there was a need to take an x-ray, since from his point of view it was a direct case of decay in one of the teeth and an abscess due to this decay.

On the clinical examination of the patient, a painless fluctuant swelling was found between the first premolar #24 and second premolars #34 , this two teeth had also mobility grade 1 Milar’s Classification (6), but they were painless.

Fine needle aspiration cytology (FNAC) sample was taken from the fluid inside the swelling, a transparent yellow fluid came out, which concludes that it is a cyst.7

The preoperative pre-apical x-rays showed that the tooth root canals were filled with an unknown substance, but the strange thing was that this swelling did not appear on the x-rays, as there was only a small widening in the periodontal ligament.  According to all of that more radiological examinations to check this premolar with surrounding structure from all directions to determine the cause of this cyst is and why it does not appear on the X-rays. So preoperative CBCT was requested. 8

By examining the CBCT scans (Fig.3) from several different views (Axial, coronal, sagittal and 3D) , it turns out that the patient does not have any type periapical cysts under whatever first or second premolar. As for the first premolar #24, there is periapical periodontitis, and this is mostly because the #24 remains without root canal filling for a long time.9 But it was noticed that there was a horizontal bone loss between the two premolars (red arrow) , which is the same location as the cyst.

From the foregoing, it is clear that this cyst is not originated from teeth or the alveolar bone, it may differentially diagnosed as: Gingival cyst 10,11

And there is no relation between the teeth and this type of cyst formation. So making  root canal treatment for the first premolar, was not a correct decision that caused wasting a lot of time, financial cost on disease, and unfortunately  the premolar loss his vitality. All this resulted from the lack of making pre-operative x-ray before treatment to make a correct diagnosis.

Although this cyst is treated only by surgical excision , there is a tooth with long time open root canal needs a good cleaning and shaping then obturation before making any surgical intervention.

One of the challenges in this case was to remove the unknown material inside the premolars root , which smelled similar to formaldehyde, but thanks to good irrigation protocol  and ultrasonic activation, the substance was successfully  removed totally (Fig .4A) then the entire steps of root canal treatment were performed and each step was confirmed with x-ray . The tooth is obturated by using MTA-based sealer and continuous wave condensation technique. (Fig.4D).

3 days after finishing of the root canal treatment, the surgical removal of the cyst under local anesthesia was performed, an envelope flap was made from the canine to the first molar. The cyst was completely removed successfully (Fig.5B) and it was noticed that this cyst was connected only to the unattached alveolar mucosa which means that is site of origin, on the other hand there was no contact between it and the alveolar bones or teeth (Fig.5A) , but the enlargement of the size of this cyst was causing pressure on the bone and teeth, which caused the horizontal bone loss, as well as the grade 1 mobility of the premolars (Fig.5C) .

According to all of the above, it is clear to us completely that this cyst is a gingival cyst 12

The correct diagnosis of diseases and their causes is the only way to be able to eliminate diseases 13, and through this case, the extent of physical, psychological and material damage to the patient as a result of the wrong diagnosis of the disease becomes clear.

What can not be denied is the effective role of preoperative, which led to clarifying the nature of the disease and the existing problem, which led to the end of the suffering of a patient that lasted for more than seven months only within two weeks.

Date of birth: 10 june 1985 , in Wroclaw، Poland
Graduation from Dental Collage, Alexandria university, Egypt - in 2007
Owner and founder of Halawany Dental Center since November 2009
Since 2017 works exclusively in endodontics and micro-endodontics surgery
From 2008 - now: working as a dentist in Egyptian ministry of health hospitals
From 2015 to 2018: Head of the Dental Department at Al-Imam Al-Bukhari Hospital - Borg Al Arab - Alexandria
From 2018 to 2020: director of the same hospital
2009 - 2013 Member at the International congress of Implantology (ICOI),USA
2007-2013 Member at the Alexandria oral implantology association (AOIA),Egypt

A correct diagnosis in dental medicine is typically provided only after clinical and radiological evaluations.14 Radiographs are an important if not the most important tool available to the clinician and helps in identifying the problem, the tooth and in developing the treatment plan. At least one current preoperative radiograph taken using the paralleling technique is mandatory in identifying the presence and nature of pathosis.15

Clinicians must be trained to radiographically identify normal anatomical landmarks as well as anatomical variations that can mimic pathosis and to be aware that considerable distortion of radiographic images can occur when irradiation geometry is not ideal 15,16

Regular use of dental x-rays will increase the amount of pathology detected, leading to healthier patients and happier clients 1 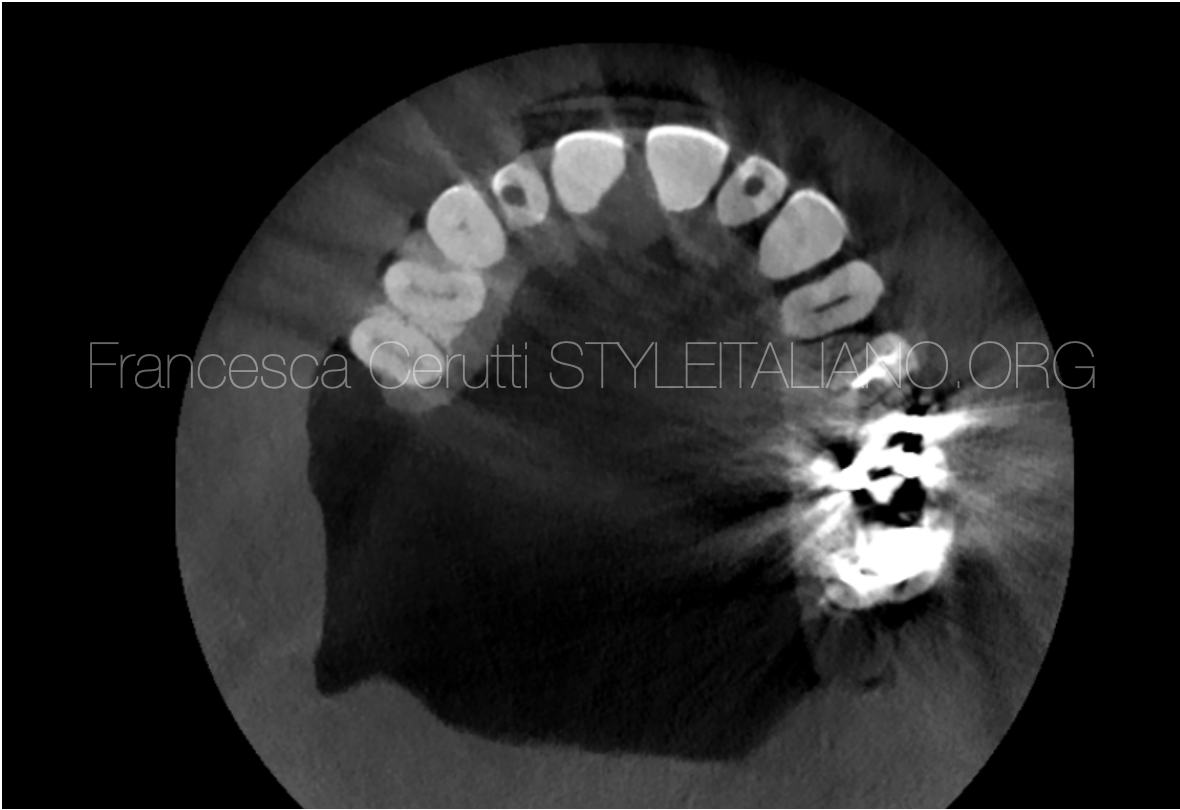 A recipe for disaster: no pre-op x-ray and wrong access cavity 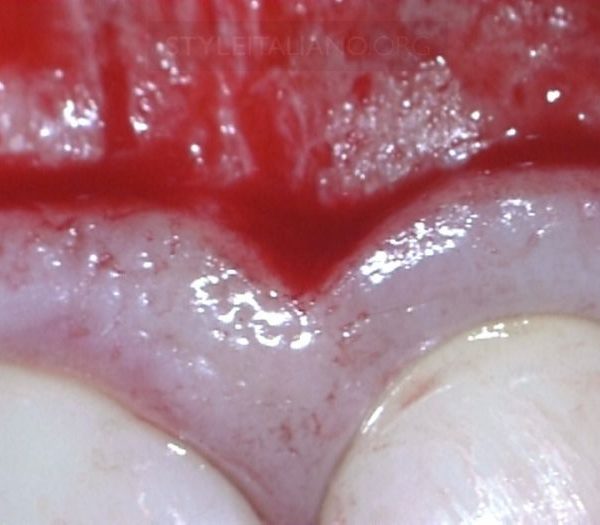