A 19 years old patient with a traumatized upper central incisor and a non esthetic diastema came to my office.

Considering the age of the patient it has been decided to proceed with a conventional apical plug made in MTA and a direct composite restoration. The major problem in performing a RCT in an inimmaure teeth with necrotic pulp and wide open apiex is obtaining an optimal seal of the root-canal system.

MTA is the right choice considering his sealing ability and the optimal adaptation inside irregular anatomies.

Taking an intra operative X-ray is suggested for an ideal control of the material.

In the following appointment guttapercha back filling and direct composite restoration were made by Dr Stefano Bertoni. The second x ray shows the healing after 6 months.

Sometimes the most complicated clinical cases can be managed in an easy and conservative way. MTA is sometimes considered as obsolete, but clinical practice instead demonstrates the opposite. Absence of discoloration, high apical sealing ability and long term stability are the main benefits of this material. 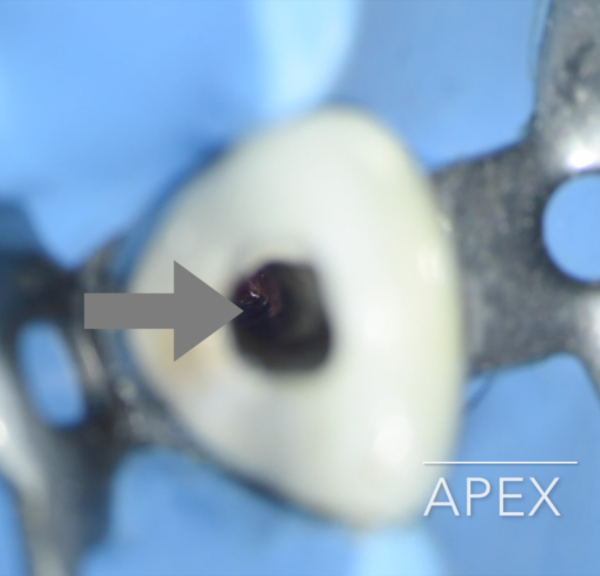 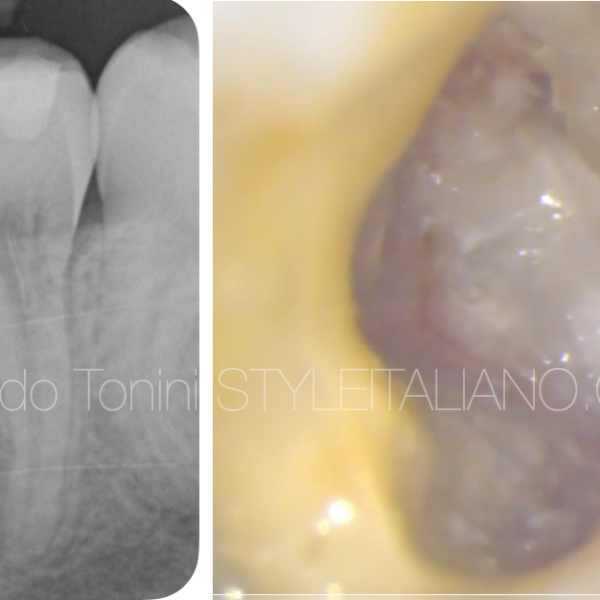 An external cervical resorption managed with MTA: 5 years follow up 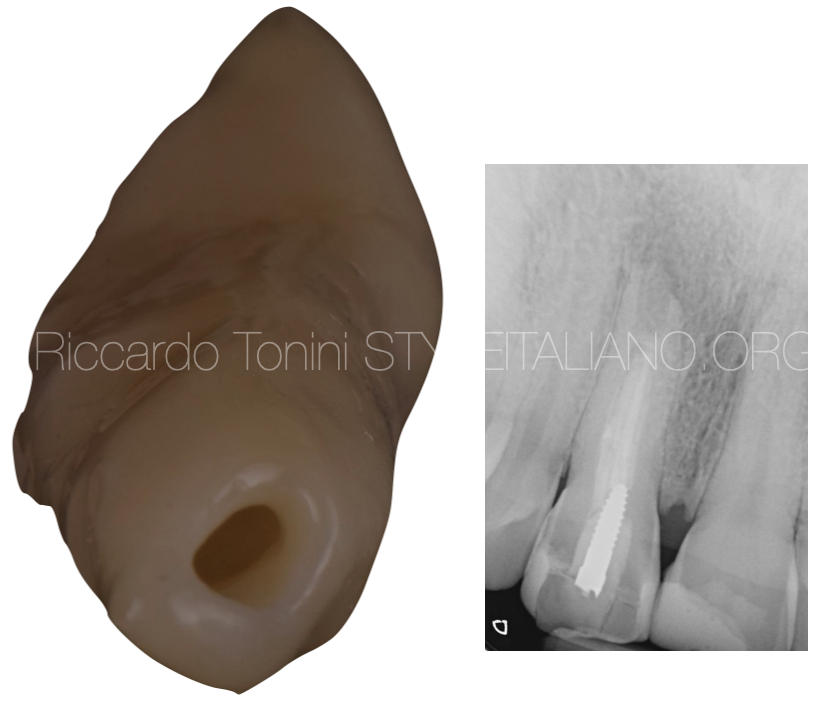 Wide and Wild: how to manage in a predictable way an open beveled apex